Rock- a- Bye Johnny is the second part of 23th episode, the last episode of the second season and the 46th episode over all.

Dukey keeps Johnny up all night with his pillow fights and Johnny goes to his sisters to get some sleep. But Johnny misfires and causes his parents to go to sleep.

Johnny was so tired that he fell asleep in class and gets an F as a result. Dukey wakes Johnny up by hosing him down.

Johnny went to the lab to see Susan and Mary to help. They invented the dream machine and Johnny accidentally zaps his parents. Their parents started sleep walking. Susan and Mary have turn purple due to some side effects. Their parents sleepwalk all the way to the street. Johnny uses the hose, to wake mom and dad. But, Dukey tells him that he shouldn't wake sleepwalking people. Johnny hoses his parents down, but, it didn't work. So, he tries a water gun, which of course didn't work. Then, he tries the heavy artillery, which is a fire hydrant, but, it sends Johnny, Dukey and the girls flying. The girls' heads are bigger. Their parents end up in a garbage disposal. So, Johnny and Dukey were able to get them out. Their parents hop on a scooter and drive away. Susan and Mary have been turn into boys and Dukey is a sheep. And it wasn't long before Johnny was picked up by the scooter. Their sleepwalking parents takes him for one wild ride and it ended with Johnny losing his pants on the flag pole and he ends up in his underpants. He even got embarrassed at a baseball game. Dukey (who was still a sheep) Susan and Mary (who are back to normal), stops for a moment to laugh at this embarrassment. Johnny claims that the dream machine is a nightmare and then, he got picked up by the scooter again and he crashes near the girls, who said that they know how to wake Mom and Dad (the dream machine) they programmed it with an accelerated sleep mode, they try zapping mom and dad, but, they accidentally hit Johnny who slept for a few seconds, before he wakes up, and he suddenly grew into a giant. Their parents gets on an elevator of a construction site. Johnny climbs up and saves them and he wakes his parents up. He said that they're all safe and he loves his parents. Suddenly, sky brigade appear. Susan claims that the boy had a good run. Johnny jumps off the building to dodge the missiles, but, he also let go in the process. They all fall. Susan claims that they had a good run too.

The whole thing turned out to be a dream. Everything was normal. Hugh tells Johnny that he grew half an inch. The girls decided to use the dream machine on Johnny, but, Johnny has a better idea.

Johnny has Dukey be a sheep and count so Johnny can get to sleep.

Johnny: (screams after he lost his pants and ends up in his underpants) Okay. I'm in my underwear! Nobody's around to see!

Susan: (After Johnny becomes a giant) And thank goodness his underwear grew too! 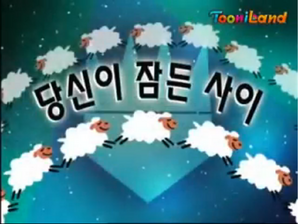 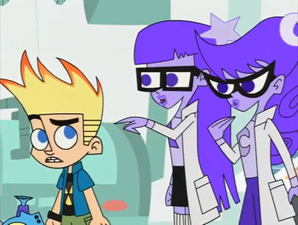 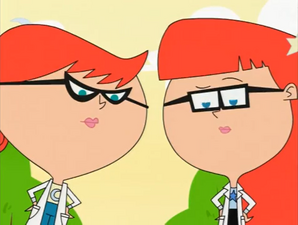 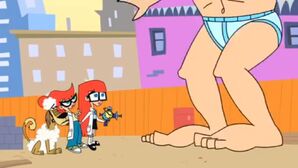 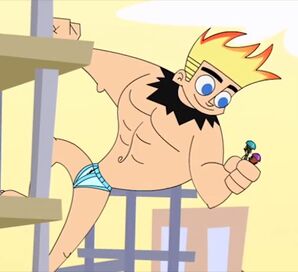 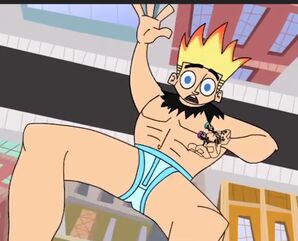 Giant Johnny's about to fall onto Mary and Susan
Add a photo to this gallery
Retrieved from "https://johnnytest.fandom.com/wiki/Rock-a-Bye_Johnny?oldid=43350"
Community content is available under CC-BY-SA unless otherwise noted.