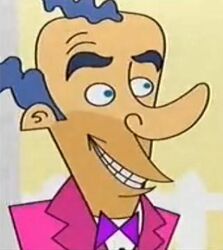 Wacko (voiced by Lee Tockar) is the secondary antagonist and the archenemy of Johnny and Dukey. Despite being a toy-maker, he cannot stand kids and has a company create destructive toys in order to dispose of them. This frustrates his employees who are sick of hearing about their boss's repeated attempts to ruin the company by getting rid of kids. He seems quite intelligent, in spite of his appearance and behavior. He is the leader of the Johnny Stopping Evil Force 5, along with Brain Freezer, Mr. Mittens & Albert and Beekeeper (later replaced by Zizrar) into the group for the first time after the four were released from prison. 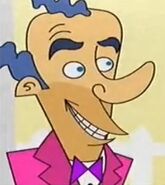 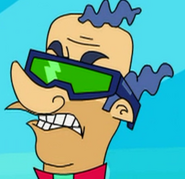 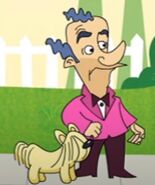 Retrieved from "https://johnnytest.fandom.com/wiki/Wacko?oldid=43596"
Community content is available under CC-BY-SA unless otherwise noted.